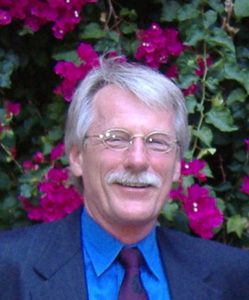 Timothy J. Smith, MD, wandered aimlessly through his undergraduate years, attending the University of Wisconsin, the University of Illinois, Harvard University, and Northwestern University before deciding on a career in medicine. He graduated from the University of Cincinnati College of Medicine in 1970, completing his internship at Presbyterian Hospital at Pacific Medical Center in San Francisco and residency in neuropsychiatry, specializing in brain biochemistry, at the University of California, San Francisco, and San Francisco General Hospital. He then trained to become a doctor of traditional Chinese medicine (TCM) in San Francisco, Japan, and China. In addition to his busy clinical family medicine practice, Dr. Smith taught TCM to thousands of physicians at the University of California, Los Angeles. He designed and administered the first TCM certifying examinations for the states of California and Florida and joined the team that created the first national acupuncture certifying examination for physicians, served as president of the American Acupuncture Association, was a founding member of the American Academy of Medical Acupuncture, and was honored to be selected as a delegate member of the first group of American doctors practicing traditional Chinese medicine to travel to China as guests of the government in 1979. In the 1980s and '90s, he turned his attention to integrative, functional, nutritional, and anti-aging medicine, publishing his bestseller Renewal: The Anti-Aging Revolution (Rodale, Saint Martin's) in 2000. Since then, Dr. Smith has continued to focus on finding and addressing the molecular causes of disease. Now in his fiftieth year of practicing alternative, integrative, and functional medicine, he continues to apply the latest research developments in molecular and nutritional medicine, as well as epigenetics, to the prevention and treatment of Alzheimer's and all disease.